View cart “METALION: The Slayer Mag Diaries, by Jon “Metalion” Kristiansen” has been added to your cart.

“A ground-level view of the underground in Brazil…including early coverage of bands like Darkthrone, Mystifier, Carcass, Sarcófago and, of course, Sepultura.”—Decibel

In 1986, São Paulo teenager Marcelo R. Batista channeled his love of pure, wild heavy metal into the self-produced fanzine United Forces. Over the next five years, his homemade publication captured the explosion happening before his eyes thanks to riotous Brazilian metal upstarts including Sepultura, Sarcofago, Vulcano, Holocausto, Mystifier, Sextrash, Ratos de Porão, Skullkrusher, Necrobutcher, and hundreds of others. Simultaneously, he exposed readers to future legends from abroad, including Napalm Death, Carcass, Morbid Angel, and Darkthrone.

United Forces presents the story in vivid color, along with Batista’s own headbanger tale—from humble origins collecting scrap metal to buy Motörhead albums to DIY operator funneling his country’s metal passion to receptive listeners in Europe and North America. The changes in Brazil during the 1980s and early 1990s serve as background for a full-bore metal revolution, as Batista’s story brings to life the crucial South-of-the-equator 1980s scene that inspired all the forthcoming underground extremes to come.

“Most of the bands that appeared in the fanzine were Brazilian and most are those are from what is known as the ‘Golden Period’ of the Brazilian metal scene: Mutilator, Dorsal Atlântica, Sepultura, Vulcano, Anthares, Sarcófago, Genocidio, and Holocausto. But I guess the most important thing United Forces did was support those bands that had no record deals or had just started, including Extreme Violence, Megaterio, Skullkrusher, Sorcery, Necromancia, and others. For me, it was when I discovered something; the feeling of knowing about a band, a ‘zine, a scene from a city or from a country that I didn’t know before. Getting in touch with people around the world and sharing music and experiences is powerful, and I put the best of what I experienced back into this book.”—Marcelo R. Batista 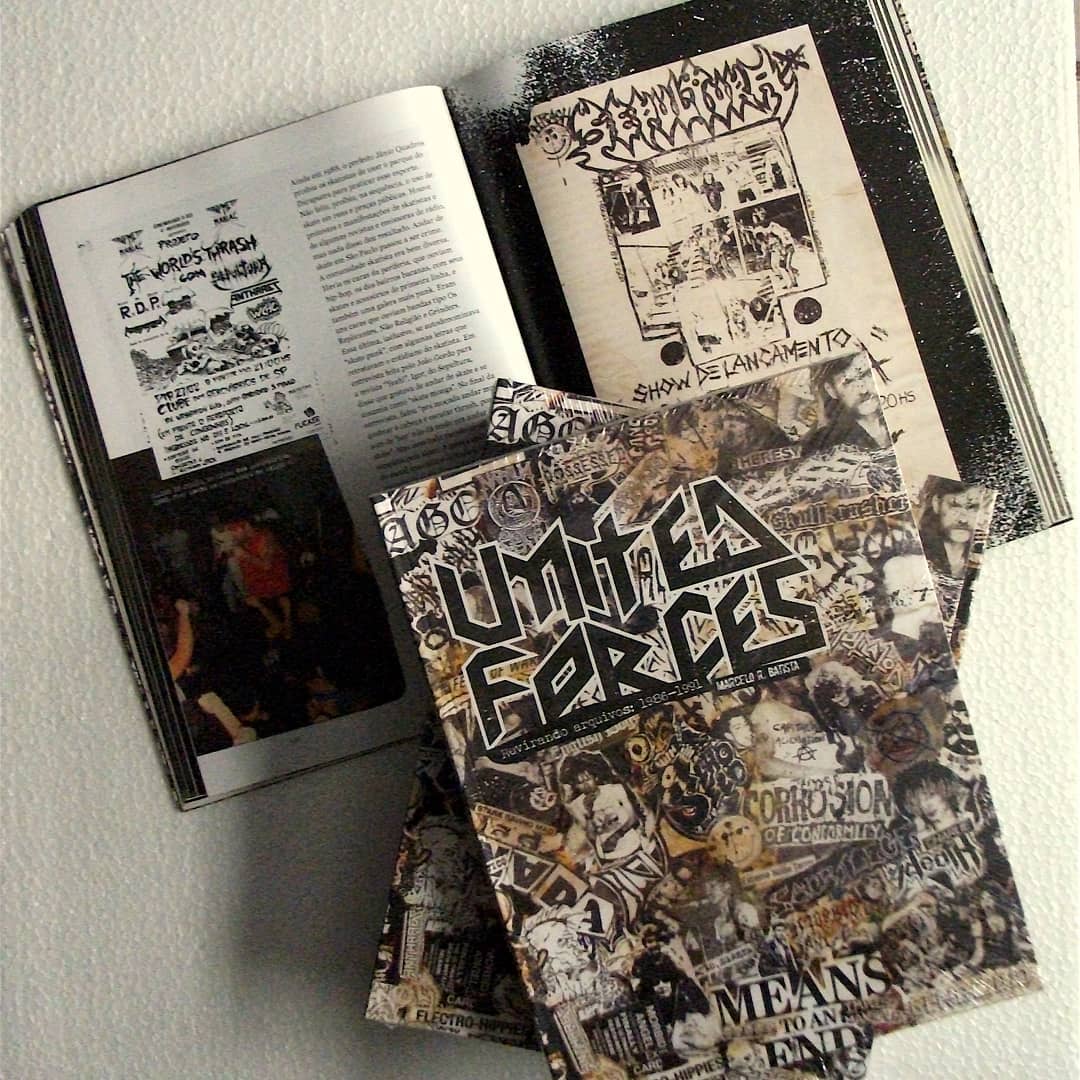 We are hard at work in the mines of Brazilian metal. Sign up to stay posted on progress. Preorders planned to open at the end of 2021.